Menopause tribunal: is your organisation at risk?

Another tribunal over menopause is won by an employee. Employers must recognise the importance of offering the right support at work. 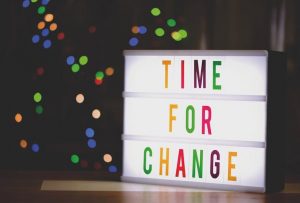 The legal consequences shouldn’t be the motivation driving an organisation but it’s important every company understands the risks.

The good news is that menopause is being talked about in more workplaces than ever and many organisations we work with are leading the way in supporting women to continue to thrive in the workplace. There are so many business benefits including:

For those who haven’t yet introduced menopause support, now is the time. The risks of not considering menopause in an organisation are high, and can have serious impacts on reputation. With an increasing number of tribunals being brought – and won – on discrimination due to menopause, it’s time for each and every organisation to look to themselves and ask: how are we supporting menopause in our workplace?

Menopause is covered under the Equality Act 2010. It falls under the categories of age, gender and even disability. Fees have now been abolished for those bringing tribunals and menopause awareness is ever increasing. These factors will also likely lead to a higher number of tribunals.

The latest tribunal to be won was a claim for unlawful discrimination on the basis of age and sex.

The claimant stated she had been subjected to harassment and abuse over a continuous period, because she was female and going through menopause.

The woman was a long-standing employee with a good record, suffering from menopausal symptoms. She felt unduly criticised and humiliated by her supervisor, providing many examples of this in her evidence. She also had a statement of the impact on her health and wellbeing and information from her GP.

Her line manager refused to discuss her menopause issues or offer any help or support. When she escalated this, she was told to not take any further action and it would be dealt with, but no action was taken. Ultimately, she had a breakdown and needed time off work. On her return, she agreed shorter hours with HR. These were withdrawn by her line manager after her first week back. At this point she resigned. She was unable to work for nine months due to depression and anxiety and has since taken a lower-paid job.

The judge referred to the definition of direct discrimination, section 13 of the Equality Act 2010. They stated even though the claimant didn’t name a specific comparator, they understood this was an employee who wasn’t female and of menopausal age. He felt the comments specifically related to the claimant’s characteristics. They believed these wouldn’t have been said to someone who did not have those characteristics.

The judge also referred to the definition of harassment, section 26 of the Equality Act 2010 and felt in no doubt that the respondent was guilty of harassment. He believed they had created a hostile environment for the claimant and this was related to her status as a woman going through the menopause. He considered this to amount to unlawful harassment on the grounds of age and sex.

Although there was no claim of constructive dismissal the judge agreed that the claimant had resigned her position as a result of the discrimination and harassment.

This tribunal was a stark lesson for the claimant’s employers. Menopause is not a subject to be dismissed, and managers must be prepared to have productive conversations.

Line managers with clear guidelines and training on how to have the right conversations around menopause are far more likely to be able to support women. Companies which have introduced policies and processes need to make sure their managers are adhering to these. Women want to work in a culture where they feel comfortable talking about menopause and knowing they will be supported. When this isn’t the case, it can be costly.

This was demonstrated in the first-ever menopause tribunal case, Merchant vs BT (2012), brought on the basis of gender discrimination. The claimant’s menopause symptoms included stress and poor concentration. However, her line manager chose not to consider the impact of menopause or seek expert opinion or advice. This was in spite of the company’s performance management process stating managers should assess whether underperformance could be due to health reasons. She was eventually dismissed. At tribunal, her claim was upheld on the basis that her manager would not have approached a non-female-related condition in the same way.

Similarly, organisations must understand that tribunals can be brought under disability discrimination relating to menopause. In Davies vs Scottish Courts and Tribunal Service SCTS (2018), the claimant had been prescribed medication for cystitis, to be dissolved in water. When personal items were moved, she became concerned others had inadvertently drunk the water, and alerted them to this. Although it turned out to be a false alarm, she was subjected to rigorous investigation, disciplinary action and dismissal on the grounds of gross misconduct.

The tribunal’s ruling was that the claimant was unfairly dismissed and subjected to disability discrimination. They ordered reinstatement to her post, £14,000 to compensate her for lost pay between the period of dismissal and reinstatement, plus £5,000 in respect of injury to feelings.

The cost of ignoring menopause

These are real cases, real women, real outcomes. These are not women who have launched straight into a tribunal. They were let down by their managers, their organisations and their processes and felt they had nowhere else to turn. Equally, these are real companies who – for whatever reasons – didn’t effectively support these colleagues. They lost out reputationally and financially as a result of the tribunal rulings.

Risks that simply aren’t worth taking.

Is your organisation menopause-friendly?

Now is the time for taking action. Menopause isnʼt in hiding any more, and it needs to be acknowledged and supported at work.

We can help you with every aspect of menopause in the workplace support – please do get in touch to find out how.

Author: Sally Leech runs The Menopause Club, coaching women 1-2-1 and online ensuring they feel informed and prepared for their unique journey through the menopause. She is a member of the British Menopause Society and works as an Associate Trainer with Henpicked – Menopause in the Workplace. Prior to re-qualifying as a Women’s Health Coach, Sally held several senior management positions in Human Resources.