Menopause tribunals: what can employers learn?

Responsible employers do all they can to support their employees through challenging times in the workplace. We’ve looked at menopause tribunals to see what can be learnt from them and what best practice employers can put in place to reduce their risk. Ignorance is most definitely not a defence. 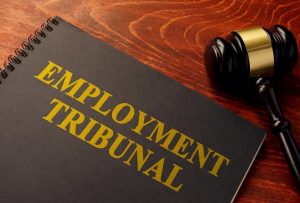 As women are increasingly working well into their 60s, most are working through their menopause and beyond. Some women won’t need extra support. But others may struggle with symptoms and need extra help to continue performing at their best at work.

Menopause is covered under the Equality Act 2010. The first cases in relation to menopause have been won, including the first on disability. Others are on the radar and could be age, gender or even disability discrimination related.

While we do not consider menopause to be a disability in itself – it is a phase in every woman’s life – menopause symptoms can give rise to a section 6 Equality Act disability provided the symptoms have a long-term and substantial adverse effect on normal day-to day-activities.

The costs of tribunals whether won or lost include the amount of time and stress in handling them, the financial costs of the case and support to prepare, and of course any monetary award if lost. Consider the potential reputation costs too.

And with the increasing awareness around menopause and the Supreme Court’s decision to abolish tribunal fees for claimants, the likelihood is that the number of cases will increase. During the first two months after the lifting of tribunal fees, the Government’s statistics show that single claims rose by 64% – the highest in four years.

Here, I’d like to outline three tribunals looking at the reasons behind them, the outcomes and, critically, what employers can learn to avoid being in this position.

This was the first menopause tribunal case. The employee, Ms Merchant, brought this tribunal claim against her employer, BT, on the grounds of gender discrimination. She was experiencing difficult menopausal symptoms, which was affecting her performance at work. Her GP offered evidence outlining her symptoms. She was suffering from stress and poor concentration levels.

Their performance management process required managers to examine whether underperformance was due to health reasons. But her line manager chose not to consider the impact of menopause or seek further expert opinion. He relied instead on his own experience and beliefs about menopause. The manager failed to take into account her evidence or seek appropriate expert advice.

The company dismissed her and she took them to tribunal. They upheld her claim on the basis that the manager would not have approached a non-female-related condition in the same way. They also found the employer would have treated a man suffering from similar symptoms differently.

The tribunal decision stated, ‘It is self evident that all women will experience their menopause in different ways and with differing symptoms and degrees of symptoms’.

This is the first menopause-related tribunal that we know of to have been won on the grounds of disability discrimination.

Here, the employee worked as a court officer for the Scottish Courts and Tribunal Service (SCTS). She was suffering from a host of menopause-related symptoms and had been prescribed medication for cystisis. She kept the granulated medication in her desk to be dissolved in water. However, on returning to her desk after a court visit she found her personal items had been moved and the water jug on her table was empty. Concerned to see two men drinking water, she alerted them to the fact it could potentially contain medication.

Although it transpired the medication was not in the water – which would have turned pink if so – the health and safety team subjected her to a rigorous investigation. The tribunal found this went far beyond the issues it should have been examining. Her company put her through a disciplinary action and ultimately dismissed her on the grounds of gross misconduct – which she unsuccessfully appealed.

The tribunal’s ruling was that the claimant was unfairly dismissed and subjected to disability discrimination. The tribunal ordered reinstatement to her post, £14,000 to compensate her for lost pay between the period of dismissal and reinstatement, plus £5,000 in respect of injury to feelings.

The case notes themselves are interesting to read.

The case of Tiffin vs Surrey Police was brought under discrimination on the grounds of disability and sex discrimination. All claims failed and so this is a very useful case for employers to read and see an example of good employment practice.

The employee, Ms Tiffin, had failed to pass a fitness test which had been introduced as a policy across the Surrey Police Force. This was to ensure all their officers were fit for the job. Ms Tiffin said she could not pass the fitness test due to health reasons. The employer made various attempts to support her in this. Eventually she resigned and took Surrey Police to tribunal on the grounds of disability discrimination.

However, the tribunal found that her employer had behaved reasonably. They had followed their own processes, kept good communications going throughout, offering her reasonable adjustments to help her pass such as access to gym facilities and a running club, with her manager offering to undergo the tests with her for support.

The ruling of the tribunal was that fitness requirements were a necessary part of the job and that Ms Tiffin had not been discriminated against. Surrey Police had behaved as a reasonable employer.

Could this lead to future claims?

What can employers learn from these tribunals?

While it is interesting to explore the intricacies of these tribunals, it’s important to remember these are real cases involving real people. Menopause in the workplace is still unchartered territory, and employers would be well advised to follow best practice in order to avoid being taken to a tribunal.

The Faculty of Occupational Medicine provided the first guidelines and the findings from both a report by Professor Amanda Griffiths, deputy director of the Institute of Work, Health and Organisations. The Government report published in July 2017 – menopause transition: effects on women’s economic participation – also supports the need to take menopause seriously in the workplace.

Above all, we need to remember that menopause is a natural phase in a woman’s life. Some women sail through menopause while others will need more support. Reasonable adjustments are often fairly simple and likely to be temporary until their symptoms are managed. While we don’t really think of menopause as a disability in our day-to-day lives, from a legal perspective debilitating symptoms which last for a long time can be treated as such.

Acting as a responsible, reasonable employer and operating under the best practice guidelines really is the best way to support your employees and protect yourself from a tribunal.