Employers’ legal obligations to employees extend to their health and safety and also maintaining a relationship of trust and confidence. 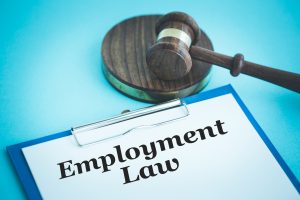 Menopause at work is covered by certain pieces of legislation to protect employees:

Importantly, employers must also adhere to their own internal policies and procedures. Sometimes we find the guidance is there, but it simply isn’t being followed.

What are the consequences of non-compliance with employment law?

Not complying with essential legislation and best practice  can leave an employer wide open to grievances and litigation. Under the Employment Rights Act 1996, an employee with two years’ service can claim unfair dismissal. This imposes a duty on employers to act fairly when dismissing employees. Indeed, employers must have a very good reason for supporting a dismissal.

Organisations must also be aware of ‘constructive dismissal’. Many legal cases arise where an employee is at end of their tether, so they resign. They claim the behaviour and conduct of employer has led them to this. Even though they’ve resigned, they assert it’s a dismissal by their employer.

A big benefit to an employee or former employee is that compensation is uncapped under the Equality Act. They can claim for loss of earnings and loss of pension. They can also issue proceedings against individuals in the workplace, who then may have personal liability for any compensation that’s awarded.

I’ve been staggered to see such a low number of cases where menopause is cited as a feature. What we tend to see are disability claims referring to lapses of concentration, poor sleep, anxiety etc, without the identification of menopause as the factor. There is still a pattern of  women being loath to refer to menopause as part of their grievances or claim. But these attitudes are changing.

There are two main types of discrimination: direct and indirect.

Direct discrimination is where an employee is treated less favourably because of a protected characteristic, so in the case of menopause, it is likely to be disability sex or age. Indirect discrimination is where a provision, practice or criteria is discriminatory in relation to a protected characteristic.  So where a neutral policy applied to all, e.g. fixed start and finish times, puts women at a particular disadvantage compared with men and can’t be justified.

A person has a disability if they have a physical or mental impairment, and this has a substantial and long-term adverse effect on their ability to carry out normal day-to-day activities. ‘Long-term adverse’ is 12 months or more. With this in mind, we can see why many of the cases related to menopause will be brought under the strand of disability.

Expanding on this definition, we are seeing lot of cases under section 15 of the Equality Act. Here, someone is treated unfavourably because of something linked to their disability.

An employer must also consider reasonable adjustments to remove or minimise disadvantage to those with a disability.

Let’s examine some menopause tribunal cases and their outcomes.

Ms Merchant was being performance-managed for capability concerns. Her manager had received a report from her GP which indicated there were health issues related to menopause. He chose to disregard medical evidence and dismissed her for poor performance. He also made the additional mistake of relying on his own personal experience of his wife having undergone the menopause.

Rather than relying on fresh medical evidence he relied on anecdotal evidence. The tribunal found against BT, as the manager had failed to follow the capability policy which referred to seeking medical evidence. It also concluded BT would not have treated a male in comparable circumstances suffering with failed concentration in the same way.

Ms Davies works as a court officer. She was perimenopausal and had significant symptoms. To treat cystitis, she was prescribed  granulated medication to put into water. When she briefly left the court, two male court users were seen drinking water. Her jug had been emptied and she reached the conclusion they had been drinking her water. She spoke to them and explained that they were drinking her medication, at which point one of them started ranting.

The Court undertook a health and safety investigation followed by a disciplinary investigation, and concluded that Ms Davies had not shown any remorse and had not shown the values of the organisation.  She later amended her story to say because her  water was pink, she was mistaken as the men had been drinking clear water.  Nonetheless, she was dismissed for gross misconduct despite an occupational health report which confirmed that she had perimenopausal symptoms which affected her memory and concentration.

What they had clearly failed to do was take into account evidence of the impact menopause had with regard to her behaviour and concentration.

The claimant was a senior supervisor at the retailer, and had worked there a long time. Her manager started a bullying campaign, ridiculing her as she was going through menopause. He called her a dinosaur and encouraged other staff to laugh at his comments.

During a restructure, her post was unaffected, yet others were encouraged to apply for her role. She suffered some significant sickness absence, but did manage to return to her role on a phased basis working shorter hours. However, the claimant’s  manager placed her on a full shift for the following week. She resigned and suffered a complete breakdown due to harassment and bullying she had endured. She was successful  in her claim of age and sex discrimination.

The claimant was awarded £28k. £10,000 was for loss of earnings, £18,000 was injury to feelings as a result of the serious bullying and harassment she had suffered.

The costs of not supporting menopause in the workplace

Not only were these tribunal awards costly, they would also have been costly in terms of legal fees. But there are also reputational costs to consider. This type of case can damage an employer’s standing in terms of being a good and reasonable employer and supporting the health and wellbeing of all employees – not just women.

My five practical tips to overcome these employment law risks are:

A tribunal is a costly process for an employer for many reasons, and an employee now no longer needs to pay a fee for issuing proceedings. Therefore, organisations must take steps to protect themselves, and to effectively and responsibly support their workforce.

Jog Hundle is a partner at Mills & Reeve

Jog heads the health and care employment team of 20 employment lawyers, having specialised in the sector for over 25 years.