Why diversity and inclusion matter in menopause support

We live in a multicultural, non-binary world. Which is why menopause support at work needs to have a strong diversity and inclusion focus. 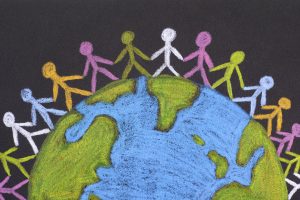 At Henpicked: Menopause in the Workplace, our focus is on menopause.
There are so many reasons why it’s urgent and important for employers to take it seriously. It can cause symptoms that happen as a result of significant hormonal change.

And hormonal changes can also be experienced during other times of life, such as when undergoing fertility treatment, hormonal treatments, or caused by certain illnesses. It’s a much wider community than we often realise. We need to make sure we’re fully inclusive in all our conversations around menopause.

Trans and non-binary people can experience menopausal symptoms due to changes in hormones. These can fluctuate, as treatments can often stop and start again. And it’s important for employers to understand that for those undergoing a medical transition, the whole process takes up to seven years.

“We know that language can often be a barrier to conversations, and organisations that start with this tend to struggle,” says Rachel Reese, founder of Global Butterflies, a company which brings awareness of trans and non-binary issues to the business sector. “It’s important for organisations to get to know their people simply as human beings, know their name, then their pronouns. That’s when people will start to open up.

“Not every trans or non-binary takes hormones. A person can change their gender expression – the way they publicly express or present their gender – without any type of medical intervention. Those undergoing a medical transition will need to take hormones, and come off them regularly for procedures.

“This can cause symptoms similar to those experienced during menopause, such as sleeplessness, fatigue, lack of concentration, mood swings and hot sweats. It’s a rollercoaster, with hormone treatments stopping and starting creating a cycle of symptoms.”

For the University of Bradford, diversity and inclusion was a huge part of their considerations when writing their menopause support guidance. They wanted to make sure everyone across the whole organisation had the tools to start a conversation. As a result they’re shortlisted for a Diversity and Inclusion award from CIPD this September. We hope they win!

“Around 60% of our staff are over 40. And everybody is affected by menopause in some way, whether directly or supporting others,” says senior HR business partner Kate Rogers. In raising awareness, we wanted this to be about how we could offer support to all our staff, as well as the wider community.”

The University developed documentation for supporting menopause and hormonal changes in the workplace, with a symptom checklist for added guidance. They involved a wide range of stakeholders, including the equality forums – particularly the gender forum and n-able, the disability forum – as well as trade unions.

“We were conscious that we hadn’t been able to include all groups in our initial training, and decided to continue the conversations,” says Kate. “We had a group of around 120 cleaners from a range of communities and cultures, and we wanted to make sure our support extended properly to them.

“One of the group helped to engage the others so we could find the right way to hold discussions.  We held an early-morning session, with small groups on tables. It was women only – culturally many would not discuss these issues with men in the room. They could speak in the language of their choice and sit where they were most comfortable.

“These can be very intimate issues and we wanted everyone to get the most from the conversations.”

But we also include men in our campaign.

The University also amended their documentation for with English as a second language. They also provided written material and resources, to support people who didn’t have online access.

For organisations seeking to reach wider communities, diversity and inclusion is a key focus. Engaging groups, talking to people, asking what they’d like in terms of support are all good ways to ensure the support is as far-reaching as possible.

“These aren’t written in tablets of stone,” adds Kate. “We might make mistakes along the way, but we recognise them and amend. Support for menopause and hormonal symptoms can evolve as we learn.”

Rachel Reese is the founder of Global Butterflies.

Kate Rogers is senior HR business partner at the University of Bradford.