How can the police force retain and recruit female employees over 40?

A large-scale survey across three metropolitan police forces aims to guide employers on retention techniques for women over 40. 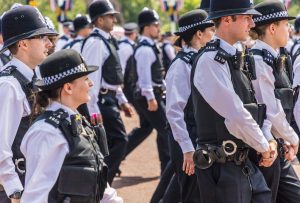 We are starting to see more discussions about menopause and some organisations adopting best practice. But sadly in many workplaces it is still a taboo subject, shrouded in stigma. At best many women are still unsupported at work. At worst, they experience discrimination, harassment and humiliation. There is a real risk of women leaving employment early to move on to less demanding roles.

A collaboration between Manchester Metropolitan University and the University of Birmingham, the survey was designed to examine some of the issues surrounding the recruitment and retention of older women.

We focused our research on three large metropolitan police forces, with about 1500 participants, mainly women age 40 plus. A few other respondents were younger, but identified as being in menopause transition.

Of the respondents, we gathered views from those who were perimenopausal and postmenopausal. There was a good scope of both police officers and non-uniformed staff. All three forces had very high populations of women aged 40 plus.

Which symptoms affect women at work the most?

The general attitude amongst them to menopause was in some cases positive, with periods ending and no more contraception worries. For others there were negatives, such as being perceived as ageing. Many were not prepared for it or aware of the possible symptoms. 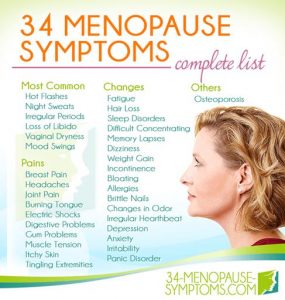 We looked at 34 possible symptoms of menopause and asked the women if any of these were particularly ‘bothersome’. The symptoms fell into three groups.

Primary. Such as hot flushes or heavy/irregular periods.

The psycho-social outcomes proved to be the worst symptoms for our respondents, with those working shifts or wearing uniforms suffering the most in terms of primary symptoms. Those on shifts were often unable to change clothes, with some spending long hours at crime scenes with no access to toilets.

Talking about menopause at work

Disclosure levels were generally low, with many feeling that the working environment wasn’t supportive enough. For those unwilling to disclose any issues with menopause, this was often because their line manager was younger and/or male. Many felt it was a masculine culture of banter and joking, and others simply didn’t feel it was something to talk about at work.

Where symptoms had become unmanageable disclosure levels were higher – these women felt they couldn’t continue without disclosing.

Most of the women didn’t feel they did their job less well, but they did have to work harder to maintain performance. Some were also juggling care of elderly relatives along with childcare, and there was a general concern that managers and colleagues would perceive them to be less competent.

Coping strategies included making notes and lists; finding out more about what was happening to them; using light humour; wearing appropriate clothing; and talking to other women.

Flexibility was mentioned a lot. The police service do offer flexible working, but this was seen as being more geared to working parents, such as term time working. Those going through menopause need a different type of flexibility, such as starting later after a difficult night, or time out in the day to change clothes. There are high levels of full-time working within the police service, so many women need this adjustment to their working day to support them adequately.

What do working menopausal women want?

When asked what they would like their employers to do, the answers were:

In one force, when asked about the consequences of not getting enough support, 40% felt they would have to leave the force altogether. And even if they could continue felt their career was going to be negatively impacted.

The police force has changed in recent times, and it’s not always about chasing criminals. Many officers are dealing with things like safeguarding children and tackling cyber crime. Which led many women to question whether job-related fitness tests were really necessary right across the board.

Some were concerned about the negative connotations of menopause. Having perhaps taken maternity leave on one or more occasions, some women felt that raising the issue of menopause would not be viewed favourably. On the whole, most women still liked their job but felt that their confidence and general wellbeing had declined.

What can employers do?

Menopause policies. These help everyone be clear about what is available and how to access support.

Uniforms. Extra uniforms supplied where necessary, but discreetly so these didn’t stand out as ‘different’.

Cultural awareness and change. Making people aware that it’s okay to talk about menopause, and that it’s not a topic for banter.

Support and information. This could be via the staff intranet, posters in staffrooms, menopause champions women could turn to for support, menopause cafes, self-support groups.

Appropriate physical environment. This could include cold water and effective ventilation.

Professor of HRM at Manchester Metropolitan University. Carol conducted the research with Professor Jo Duberley and Professor Fiona Carmichael from the University of Birmingham.