Trade unions’ role in supporting menopause in the workplace

For women suffering from menopausal symptoms that are affecting them in the workplace, the rise in conversation and new policies around this subject can only be a good thing. 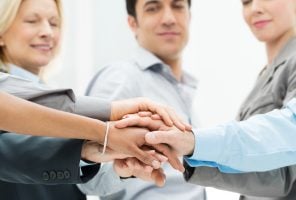 With the work of Henpicked to introduce a range of menopause policies in various different industry sectors and the publication of the Government Equalities Office report on the impact the menopause has on women’s working lives, the menopause is being talked about.

And as menopause in the workplace continues to be a priority for forward-thinking businesses, it’s great to know we have the support and acknowledgement of the issue from trade unions.

In fact, the unions have been on board with this concept for many years. Jane Paul’s 2003 report on ‘Working Through the Change: Health and Safety and the Menopause’ is now almost a classic. The TUC1and other unions, including UNISON2, the NUT3 and PCS4 have been providing practical and policy relevant as well as consistent advice on menopause transitions in workplaces since 2003.

Most recently, this has culminated in the 2017 TUC Wales report on ‘The menopause: a workplace issue’.

The employment relationship is at the heart of the unions’ work and this is crucial to all attempts to overcome the taboo of the menopause in the workplace.

Employers, managers and employees need to engage in constructive dialogue and open conversations, an essential part of improving the situation of working women who are experiencing negative menopause symptoms.

But how do we drive this forward? Paul’s 2003 survey data suggests 20% of women have negative experiences at the hands of their managers during transition, 35% were reported as being embarrassed to raise any difficulties with their manager and 30% of managers were said to be critical of menopause-related sickness absence. Although there has been some change since then, the TUC Wales (2017) report reveals similar issues.

There are two key issues consistently pointed out by the trade unions:

Women suffering from menopausal symptoms are unlikely to disclose their symptoms at work because they are concerned that this will be linked to performance at work, embarrassment (both NUT, 2014a, b) and for fear of being targeted for redundancy (Jack et al., 2014).

These concerns and fears are well founded. The NUT (2014a, 2014b) revealed that 13% of their respondents had experienced or heard of colleagues’ experience of facing capability procedures as a result of symptoms, which could potentially lead to them being dismissed on grounds of capability.

Similarly, 10% of women report that sickness absence or time off work for treatments for menopause symptoms leads to redundancy (Paul, 2003).

It’s clear that managers still need to improve their understanding of menopause symptoms to allay these fears for women.

The legal context and legislative change

There are a range of statutory provisions for considering the menopause as a workplace issue.

The Gender Equality Duty covers public sector organisations only. But the Act makes work-related discrimination on the basis of either gender or age illegal.

The successful Merchant v BT plc case shows that sex discrimination can cover menopause issues. However, at present it is impossible to bring a case on combined issues, e.g. sex and age as would be the case for many menopause symptoms. The TUC (2014) recommends changes to the Equality Act to allow claims based on more than one type of discrimination.

In addition to the concrete advice on what employers can do to support women experiencing menopause transitions (e.g. Brewis et al. 2017, Jack et al, 2016), performance, dismissal and legal contexts are key challenges that need tackling.

Trade unions are important partners in addressing these employment relations issues. The more support and backing available to women, the better. Even those working for organisations not covered by a union, these respected organisations will offer research findings and recommendations which could – we hope – start to change thinking across the board.

2. UNISON (2011) The menopause and work. A guide for UNISON safety reps December

National Union of Teachers (2014a) ‘Teachers Working Through the Menopause, Guidance for Members in England and Wales’ December

National Union of Teachers (2014b) ‘Findings of the NUT 2014 Survey on the Menopause’ internal report, available by emailing enquiries@nut.org.uk.

Professor Jo Brewis of The Open University, Dr Andrea Davies of the University of Leicester’s Business School and Dr Vanessa Beck of the University of Bristol. Together with colleague Jesse Matheson they published the Government Equalities Report ‘The effects of menopause transition on women’s economic participation in the UK’. They’ve now put their research into practice, creating the UK’s first menopause-friendly university, supported by Henpicked: Menopause in the Workplace‘s team.