Menopause at work: what does the evidence say?

Talking about menopause and introducing support at work isn’t just a passing fad. The facts, figures and evidence all add up to tell us why it’s so important. 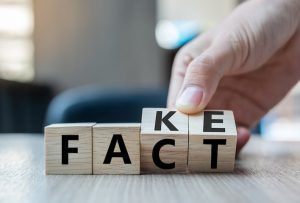 Menopause has always been around, for as long as there have been women and they’ve lived long enough. So why are we only recently starting to talk about it openly, and consider it as something which may need workplace support? The answer to this is where the evidence starts to come in.

For most women now, menopause is a midlife experience. Symptoms generally start around the age of 48. This is known as perimenopause, and a woman has attained menopause 12 months after her last period.

What does the evidence tell us?

These days, women are living much longer. In the early 1900s, the average age of menopause was 47, but it was really an end-of-life event as the average life expectancy was just 49. Today, women live on average until they’re 83. So that could mean living more than a third of our lives post menopause, and for a good many of those years we could be in employment.

It’s also important to emphasise these are all average figures. Menopause is very much a unique journey, different for everyone, and 1 in 100 women will reach menopause early, before the age of 40.

The range of symptoms varies woman to woman, but by and large they can affect women’s lives. NICE statistics tell us that three quarters of post menopausal women experience hot flushes and 25% of these find them bothersome. For bothersome, read negative and debilitating.

The UK really is blazing a trail globally. But too often menopause is seen as sensitive and private, particularly in the workplace when we’re expected to leave our symptoms at the door.

So, why should employers be considering menopause in the workplace? There are four compelling cases, all backed up by evidence.

Women in mid and older life are returning to work or staying in work longer. In fact, women aged 50-64 have been the fastest-growing demographic in the workplace for decades, across the whole global north. Looking at the three months January to March 1993 compared with the same time frame in 2020, their labour market participation had increased by 21.2 percentage points. This is compared with a rise of 12.2 percentage points for men in the same time period. So this is a big demographic at work.

The economic or business case

Recruitment costs a lot of money if a woman leaves her job because she can’t manage work because of debilitating symptoms. Assuming she’s earning £25k – which is lower than the UK average – her departure will cost her employer over £30,500. As well as recruitment this includes the cost of losing someone with knowledge and experience and getting someone else up to speed.

I’d like to bust a myth here, too. Which is ‘the older you get the less reliable you’re going to be, and your performance will decline.’ Academic evidence is very inconsistent here. There are arguably issues around declining strength and some evidence on declining cognitive capacity. But there is also evidence that as we get older we’ve acquired so much knowledge, skills and experience that they counterbalance any decline.

There are also potential costs to the wider global economy. These statistics refer only to vasomotor symptoms, which are hot flushes and night sweats. Women who are experiencing problematic vasomotor symptoms lose around 60% more work productivity in days, compared with women who don’t have these symptoms. In monetary terms, this equates to $2,100 per woman per year. And looking even more closely, it leads to productivity losses for these symptoms alone of $150bn a year. An awful lot of money.

In the UK, we have a robust set of laws to protect employees from discrimination at work. In menopause terms, the most relevant is the Equality Act 2010, which three successful tribunals have been based on.

The first of these was against BT in 2012. Ms Merchant won her case on the basis not only of sex discrimination but also unfair dismissal.

The second case was in early 2019, Ms Davies against the Scottish Courts and Tribunal Service. There was a horrible mix up about her medication. She won on the grounds of unfair dismissal but also succeeded in her claim that her menopause symptoms were so bad they met the legal definition of a disability.

The most recent case was at end of 2019, taken against Bon Marche. The anonymous person wasn’t dismissed, but she argued she was forced to leave her job because of way she was treated. She won her case on the grounds of age and sex discrimination and harassment. Her manager had harassed her purely based on the fact she was menopausal.

Age, sex and disability are protected characteristics under law. Gender reassignment is also protected. It’s not beyond the realms of imagination that someone might bring a case due to menopause symptoms and the fact they’ve had their gender reassigned.

We have also had health and safety at work legislation since 1974. This puts a duty of care on employers, and failing to look after menopausal women could be argued as breach of this law.

Or in other words, it’s the right thing to do. Statistics from ITV and the Wellbeing of Women tell us that 25% of women surveyed said they’d considered quitting work, and half said work made their symptoms worse. That’s an awful lot of women going through a miserable time because of a natural and inevitable process.

We are still seeing extraordinary pay gaps. In fact, the current gender pay gap is 18%, with the biggest gap between men and women in their 50s. Fast forward to the gender pension gap, which stands at an absolutely horrifying 40%, and we see that women are a lot less well off when they retire than men. And clearly the pay gap has a lot to do with that.

It would seem reasonable that women should be able to work as long as they like. This isn’t just for financial security, either. There is strong evidence that work is a great provider of social support and a source of self esteem.

I firmly believe normalising menopause at work and making it unremarkable is the right thing to do. A key comparator is women who are pregnant or have children, which is an ordinary workplace conversation. If you normalise it there is growing evidence it pays dividends. Women who feel supported are happier and more committed and satisfied. This is hard to measure tangibly but is in evidence in a lot of data.

Research I conducted with colleagues has shed some light onto what symptoms affect women at work. Of 5399 respondents, 3900 women classed themselves as menopausal or post menopausal. For them, the most problematic symptoms at work were fatigue, hot flushes, focus and concentration, anxiety and worry, and insomnia.

On the flip side, work can also affect symptoms, depending on the role and working environment.

What can employers do?

Importantly, they must allow women to make choices about whether to disclose they are menopausal.  They could consider a formal document in shape of policy, or informal guidance. Cultural issues are really important, such as raising awareness and training for line managers. Other interventions include specialist provisions such as occupational health, tailored absence policies, support groups and flexible working.

The evidence is there. Supporting women through menopause in the workplace isn’t difficult, but it is hugely beneficial, both to the employer and employee.